No gimmicks. No games. Just WINS!

Bicycling, especially from April to November, is one of the best ways to exercise and enjoy the New York outdoors. Unfortunately, riding a bicycle can be even more dangerous than riding a motorcycle.

Day or night, bicyclists can be hard to see and hard to follow. Bicycles offer nearly zero protection when struck by a car, truck or van. Bicycle crashes and accidents almost never result in what insurance companies like to label as “minor injuries.” When we get the call about a person being injured in a bicycle accident, it’s typically from a relative calling from Strong Memorial Hospital’s or Rochester General Hospital’s Intensive Care Unit (ICU). While you or your loved one is fighting for his or her life, or trying to recover from any disabling injury, the insurance companies are hard at work investigating the scene, talking with witnesses, and gathering evidence to protect the car, truck or van driver.

The responding police will often-times only ask the car, truck, or van driver how the accident happened, leaving the bicyclist with no one to report the facts and fight for the truth on their behalf.

If you’re injured when riding your bicycle, you need a lawyer who rides bicycles from Rochester who just happens to also be an award winning, nationally recognized personal injury trial lawyer, John K. Wright, Esq.

Mr. Wright has beat insurance companies for over a $100 Million.

There’s no attorney fee unless we win.

When injured in a bicycle crash or accident…
Make the RIGHT choice,
Choose the RIGHT lawyer,
Call the John WRIGHT Law Firm.

Unfortunately, car, truck and van drivers sometimes don’t respect a bicyclist’s right to be on the roadways. These drivers can cause accidents and crashes by driving recklessly, speeding, improper lane changing, driving under the influence of drugs or alcohol, distracted by texting or talking on their cell phones, and other ways they show no regard for a bicyclist’s safety.

Texting and calling on a cell phone have become one of the leading causes of car crashes and accidents. Even though a bicyclist may be travelling on the side of the roadway, car, truck and van drivers still manage to collide with the bicyclist.

Depending on who was responsible for maintaining the roadway or bike path, you may need to file a claim with the Town, City, County of State. Municipalities are afforded extra protection under the law. You need an experienced New York personal injury trial lawyer to pursue these claims. Suing a municipality is more complicated than a regular personal injury lawsuit. If you need to hold a municipality responsible for your injuries, it’s important to consult an attorney immediately.

If struck by a car when on your bicycle, New York’s no-fault rules apply. Your medical bills should be paid by the insurance company that covers the car that hit you, but you will need to prove you sustained a serious injury to pursue a claim for pain and suffering and loss of enjoyment of life.

When dealing with the no-fault insurance company, you need an experienced New York personal injury trial lawyer who has a long history of beating the insurance companies, regardless of how much the law is stacked in their favor.

If you’re injured in a bicycle accident, call a fellow bicycle rider from Rochester who just happens to also be an award winning, nationally recognized personal injury trial lawyer, John K. Wright, Esq. Mr. Wright has beat insurance companies for a total of over $100 Million. There’s no attorney fee unless we win. When injured in a bicycle crash or accident… Make the RIGHT choice Choose the RIGHT lawyer Call or Text the John WRIGHT Law Firm. (585) 632-2222 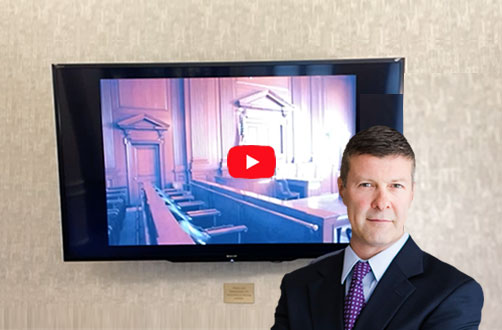 When injured in an accident, selecting the right lawyer to handle your case may be the most consequential decision you’ll ever make for you, your family and your livelihood. John K. Wright is a winning, New York personal injury lawyer with over 20 years of experience with one focus: fighting and beating the corporate insurance companies and getting you the justice you deserve. No gimmicks. No games. Just WINS!

John Wright's wealth of knowledge regarding personal injury law, skill in the courtroom, and personal attention he provides to his clients, has forged lasting relationships over the years.

When you partner with the John Wright Law Firm, you are more than just a claim number. You are a person who deserves justice.

Get the RIGHT lawyer...

Recovered For The Injured*

The Top Trial Lawyers in America™

John Wright's Results Speak for Themselves

For The Past 20 Years, John Wright, Esq. has fought and consistently beat the insurance companies and their in-house experts, investigators and lawyers and recovered over $100,000,000 for clients through trials and out of court settlements. No gimmicks. No games. Just WINS!

John Wright has handled car accident, truck accident, motorcycle accident, pedestrian accidents and dozens of other types of personal injuries cause by the negligence of another. No matter the injury, John Wright, Esq. understands your health and recovery is the top priority.

Your feedback will help other clients make informed decisions. You will also be helping John Wright and his staff know how they are doing and how they can improve their services.

Our Clients Say It Best

"John Wright Personal Injury Lawyer... Well, I need to start out by saying that even though my particular situation was very heartbreaking, John Wright and Sheri Stanton had been and still are the most caring law professionals that I've ever seen or have known about. Prior to that I felt like I had just been going through the motions with the first set of attorneys, that had been referred to me by close friends.

John Wright made me feel like my case mattered and that the proper amount of time and patience would help be the deciding factors in the most successful outcome. His thoughtfulness and listening skills were always present which put me at ease throughout the long drawn process. I could also tell by his prior military law experience that he always wanted to find out all the facts for each and every client to best assist their case. Not, just going through the motions! Sheri Stanton, John's right hand assistant has always been both professional and diligent, while at the same time a very caring and compassionate person, as well. I couldn't have felt like I was in better hands, from start to finish. I owe them a debt of gratitude and will always remember their kindness and perseverance they possess. It makes me think about how I conduct my own life's situations and helping others in the same manner.

So, thank you both, John Wright and Sheri Stanton for the best outcome reached and for getting to be such good friends in the process. I wish you both the best."